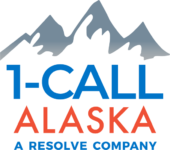 The following information is provided to clarify activation of a vessel response plan (VRP), and when and how deviation from listed response resources may occur.

An increasing number of responses in which VRPs have been used, have resulted in confusion as to what action taken activates a VRP. Activation is not defined in 33 CFR Part 155. When a Coast Guard FOSC is told that a VRP has been activated, the assumption is that certain resources identified in the plan have been consulted or mobilized. Once a VRP is activated, the resources identified in the plan must be used unless a deviation is approved by the FOSC. The implications of VRP activation are significant and a clear understanding of what action activates a VRP is essential. Failure to activate a plan quickly or failure to use pre-contracted resources can result in delayed response and exacerbate potential environmental damages.

A VRP must be activated once the vessel’s Master has determined on board resources and personnel cannot meet the needs of an actual or potential incident. VRP activation occurs when the person in charge of the vessel contacts the Qualified Individual (QI) identified in the VRP. The QI and alternate QI are defined in regulation as having the authority to mobilize resources and consultative services identified in the VRP and to act as the liaison with the FOSC. Contacting the QI and/or alternate QI activates the VRP. The QI then assess the situation through consultative services and mobilizes response resources identified in the VRP if the incident requires.

The determination to activate a vessel response plan is ultimately the responsibility of the Master or person in charge of the vessel. The incident may be an actual oil spill or threat of a spill because of a hazardous condition on board such as a disabled vessel, fire or grounding. Although a hazardous condition may not necessarily involve an oil spill, it may involve the potential for one. Contacting the QI and activating the VRP will facilitate rapid consultation with identified services so that proper actions can be taken to mitigate the threat. Coast Guard notifications are required for spills and hazardous conditions on board. When the Coast Guard is notified of a spill or hazardous condition, the FOSC will ask if the VRP has been activated. The QI must employ resources identified in the VRP for the services being considered when managing the response unless given prior approval by the FOSC.

If a VRP holder has additional concerns or needs to update this information in their plan, contact the VRP Help Desk by email at vrp@uscg.mil.